Keeping your clientele fit and healthy has never been easier

Standard VS Olympic Weight Plates – Buying The Right Ones For Your Needs
16 SEPTEMBER 2016, CATEGORY: WEIGHTS

When it comes to weightlifting, choosing the right sort of equipment is essential for ensuring that you reach your goals and remain injury free. This is why choosing between standard and Olympic weight plates can be such a hard decision. Olympic ones tend to be less disruptive whilst lifting and more adaptable, whilst standard ones are often the cheaper alternative.

So, which is best? 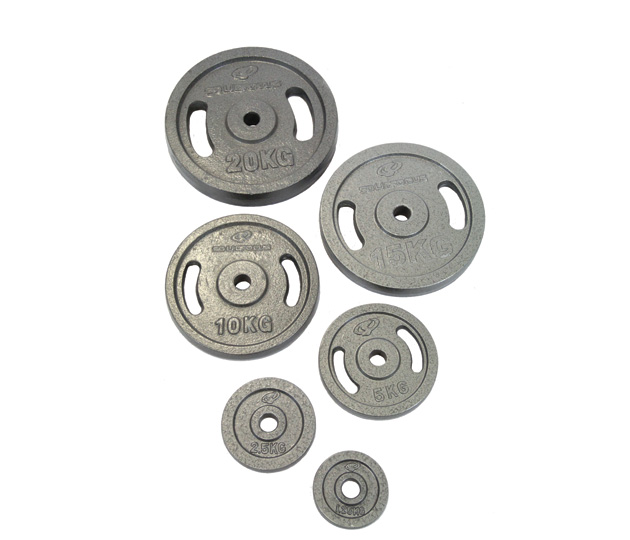 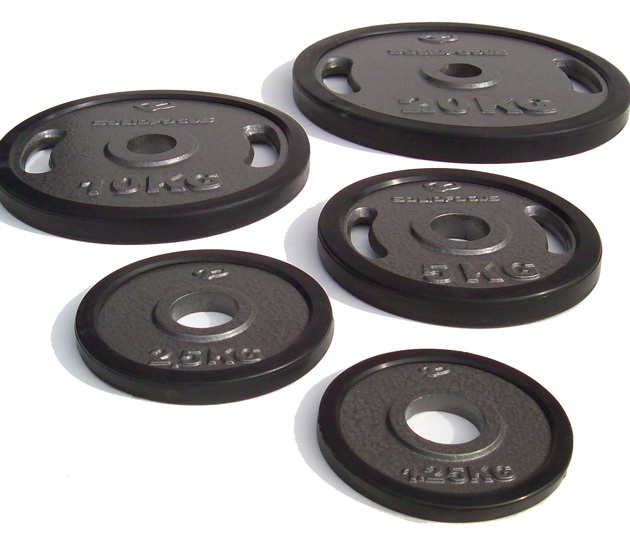 Whilst standard plates cannot be used on an Olympic bar, Olympic plates can be used on standard bars, providing you have access to the right inexpensive adaptors. This is something to consider if you would prefer to have a range of weights to choose from instead of one strict set.

Olympic bars are twice as thick as standard ones, which means that it takes a lot more weight for them to start to bend. Whilst any high quality bar will return to straight once the weight has been removed, a bending bar can create unwanted motion and make heavier lifts more difficult.

If you’re planning to weight lift at competition level, you should definitely opt for Olympic bars and weights – as these are the only types used in competitions. In order to stay competitive, you’ll find that lifters almost exclusively train with Olympic equipment and completely ignore standard.

Olympic weight plates can often be purchased in ‘grip style’, which means that convenient handles have been built into them. This not only makes the plates easier to move and store, it allows them to be used for exercises beyond the bar. Most standard plates are not available in ‘grip style’.

The ends of Olympic bars are generally revolving, which means that they roll independently of the bar. This is important for reducing torque during lifts (such as the snatch or curl), when the weights are prone to spinning. Standard bars don’t usually have this option, which can make them susceptible to warping.

If you are trying to choose between Olympic and standard weight plates, we hope that the information provided above has shown you exactly why Olympic might be the way to go. Whilst there is nothing wrong with standard weights, they don’t seem to offer the same number of benefits as Olympic ones. At the end of the day, however, it’s a completely personal choice.